Most love the intrigue around mentalism. People are blown away by mentalism magic and many are left thinking mentalists are mind readers. So let’s take a look at 7 mentalism secrets…

As with magic, the biggest secret behind mentalism is how the human mind can be tricked. A human mind, despite how amazing it is, does have its flaws. This is what is at the heart of mentalism secrets, which is to take advantage of those flaws. Mentalists use suggestion, misdirection and trickery to fool their audiences, leaving people believing the mentalist can read minds.

How does a mentalist do it?

There are a number of facets to mentalism. The first is where the mentalist uses mind trickery, which is similar to a magic trick or slight of the hand. The second is manipulation of the mind through suggestion.

Many mentalists perform mentalism and magic tricks together, as they go hand in hand. Mentalism adds a whole new dimension to magic tricks and for some who are not too keen on magic, tend to love mentalism.

I assume you’ve watched a mentalist at work on stage. Most people in the audience, myself included, are always amazed at how they ‘trick’ people into thinking they are mind readers, psychics or just left wondering how they managed to do what they do.

The mentalism performers create bigger and better illusions all the time. Many of which are themes of the same idea. Some resurrect older mentalism ideas and re-shape them into a more modern take of the idea.

The illusion of mind reading in mentalism

I think what appeals to most about mentalism is the illusion of mind reading. Some are even scared by what happens.

But in reality mentalism is nothing more than a clever understanding of human behaviour, how the mind works and by taking advantage of the flaws in our mind’s capabilities.

Magicians in the UK like Derren Brown (mentalist and illusionist) have brought mentalism to our TV screens. In America mentalism was brought up to date with Oz Pearlman (mentalist and magician), who was made famous on America’s Got Talent show.

So let’s expose some mentalism secrets

With all mentalist performances, the audience are mostly always left wondering “how does a mentalist do it?”

So let’s take a look at some of the top mentalism secrets. Plus give you a bit of an insight into how they pull-off their mind trickery on stage.

With mind trickery, mentalism ‘tricks‘ may involve clever deception to hide what is really going on.

For example, using the shiner technique. In the shiner technique the mentalist uses a mirror-like object (but not an actual mirror, as this would be too obvious) to reflect the underside of a piece of paper, where the person being ‘tricked’ has written something.

The mentalist deceives the person by either pretending to feel the letters of what’s written. Or they pretend to read the persons mind and thoughts.

Of course humans cannot read minds through telepathy, but they can read your thoughts using your body body language.

However, even when mentalist are not using body language reading, we are still left thinking they have read our minds. The mentalist has seen the words, but they’ve seen them in a deceptive way. The person therefore has no idea how they knew what they’d written. The assumption therefore, by the person who’s been tricked, is the mentalist is a mind reader.

Mind tricks can also include the use of a photographic memory. They can also include reading of body language and other clever forms of deception. Mentalism can also involve card tricks, pencil reading, memory tricks which involves memorising cards or books and many more.

The underlying secret in these types of mentalism acts is through the use of deception.

For me the most interesting aspect of mentalism is through it’s connection to psychology.

Through the use of suggestion you are controlling the ultimate outcome, but the person does not realise that they are being manipulated. Suggestion by-passes the conscious mind and speaks directly to the subconscious mind.

By the way, this is without the conscious mind knowing what’s happened. You will genuinely think you thought of whatever it is you have had suggested to you. This is a form of hypnosis, which also uses suggestion and is a method of speaking directly with the subconscious mind.

This is the second side of mentalism. With this aspect of mentalism the mentalist is using his power of suggestion. For this the mentalist can either overtly use hypnotism, although some may argue that this would make them a stage performing hypnotist and not a mentalist. Or they can use techniques such as shape projection or with a clever use of words.

However, stage hypnotism is about mind control and suggestion. So could be argued to be a form of mentalism.

I would argue that in the true sense of mentalism, or possibly how most people would understand it, mentalism is performed by using the power of suggestion. Essentially we are referring to suggested inputs (i.e. an idea, a thought, words, shape of an object or a colour), which get transformed into outputs (the person’s answer to the mentalists question, which is the original suggested input, but now ‘owned’ by the subject as their idea or answer).

If you are asking a person to think of a word, perhaps a place or a name. When you tell them to repeat it over and over again in their mind, they will sometimes ‘mouth’ the word with their lips.

The secret to this observational technique, is after asking them to think of a word, and whilst they are focused on repeating the word in their head, you continue to talk. But talk about something completely different. The person is having to really focus on the word, which is when they may begin to move their lips to reveal the word to you.

Of course to achieve this result, you are relying on the person to move their lips. You also need to be able to lip read too, which in itself is a whole new skill and takes time to learn. But learning to lip read is very achievable, as all deaf people will vouch for.

An additional tip to this secret is to focus on working out the first and last letters of the word they are mouthing to you. Sometimes, once you have these, you will be able to fill in the blanks.

For example, if in the previous example in secret #3 you get the first letter of the word, but want to confirm it. But you want to do this before working out the rest of the word, say something like “the word begins with ‘b’,” if that’s the word you think they’ve mouthed to you.

The person may not answer verbally, but you should be able to pick up on their body language. This body language will indicate either a confirmation or a denial of the first letter. For example, people may show the slightest of a smile if you are correct.

The use of body language is a very powerful mentalism tool.

Muscle reading is a technique first discovered in the 1800’s. It was discovered by J. Randall Brown.

What Brown discovered was that he was able to find hidden objects of fellow pupils at his school. He found their objects by having the other pupil touch his forehead, whilst concentrating on its location. He purported the secret to his ‘trick’ as the ability to mind read.

There was controversy, as you’d expect, it was questioned whether in fact he was reading minds. Instead it was suggested that he was picking up on tiny muscular movements or cues given off by his subjects. Even so, this is truly amazing and astounds me that anyone would be able to do this.

Either way, he was very sensitive and able to somehow discover hidden objects through some form of communication, not normally experienced by the majority of people.

You too can learn muscle reading for use in mentalism tricks. However, this is one that does require much patience and sensitivity. But the use of muscle reading is very impressive when it works.

Cold reading is at the heart of a psychic’s apparent skill of reading people in a room.

Cold reading is the key to understanding how they somehow know so much about you. When in fact they don’t and it’s all deception and trickery. Sorry to spoil your illusion.

All psychics are simply manipulating you, but even though deception is at it’s centre, the whole concept of cold reading is very interesting. Plus its’ extremely powerful when done with an audience.

For example, this is how the horoscopes work. For anyone who reads them, they can often relate to a large part of what’s written, but many who read horoscopes don’t pick up on the fact that the words are very generic and apply to most people.

This is how mentalists use cold reading to create the illusion they are either reading people’s minds or that they are psychics or clairvoyant.

The seventh mentalism secret is misdirection. Misdirection is everything when it comes to mentalism and magic.

Through the clever use of misdirection you are controlling the ultimate outcome, but the person does not realise that they are being manipulated. Misdirection takes advantage of the human brain’s limitations.

Magicians are very good at misdirection and in the use of slight of hand. Often what happens in magic and mentalism tricks is the audience are distracted by something which in reality has absolutely nothing to do with the trick itself. The distraction is purely to take their eyes away from where the deception is going on.

The human mind is an amazing ‘organ‘, but it does have many limitations. This is where misdirection takes advantage of those limits of the human mind, in order to give the wrong picture and memory. It’s a fact that our minds can only truly focus on one thing at a time.

Mentalists use this to manipulate the audience’s perceptions and sensory input, which leads to drawing false conclusions as a result.

Generally mentalists are not seen as magicians in the truest sense of of magic tricks. However, when it comes to misdirection they both apply the same rules and deceptions. 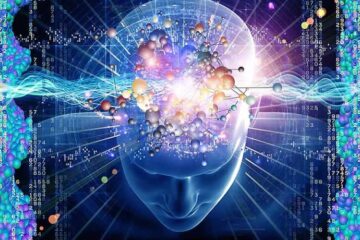 For all of you who’ve wondered to yourselves – What is Mentalism? – this is the article for you! Mentalism is often associated with the supernatural realm. In reality, however, the typical mentalist does not Read more…